For over a decade, politicians have vowed to lower drug prices and take on the pharmaceutical industry while most legislation stalled in Congress.

In the meantime, prescription drug prices have skyrocketed. A report by the IQVIA Institute for Human Data Science found that patients paid a record $67 billion out of pocket for prescriptions filled in retail pharmacies in 2019.

Medicare patients, specifically those under Part D, are bearing the brunt of rising costs. In 2019, they paid $16.1 billion out of pocket for prescriptions, a 27% increase from five years prior.

“There’s no mystery here,” Rep. Katie Porter (D-CA) said during an interview with Yahoo Finance Presents (video above). “Pharmaceutical companies have told us they charge Medicare more because we’re not allowing the government to negotiate those drug prices. And who ends up on the hook? It’s not just patients, but all of us as taxpayers.”

A report from the Government Accountability Office (GAO) found that retail prescription drug spending “was estimated to account for nearly 12% of total personal health care service spending in the United States in 2019,” which is a 7% increase from the 1990s.

“I believe strongly that people should get what they pay for,” Porter said. “And that is absolutely true when we as customers are paying health insurance premiums or when we as taxpayers are paying the government. And in the case of both Big Pharma and Big Insurance, consumers and taxpayers are getting ripped off.”

One of the core issues with prescription drugs in the U.S., Porter said, is that the country “doesn’t have a competitive market.” For example, generic drugs are often produced by just a few manufacturers, meaning “the weak or nonexistent competition is associated with high prices,” according to a working paper from the National Bureau of Economic Research (NBER).

“I’m a champion for capitalism,” Porter said. “But that means we have to have things like price transparency — you can figure out what things cost — and competition [so] there are more than one person or more than one company selling drugs. And we don’t have those things in our health care system. We don’t have a healthy market.”

A clear example is insulin, a lifesaving drug for those with diabetes. Only three U.S. pharmaceutical companies manufacture insulin — Novo Nordisk (NVO), Sanofi (SNY), and Eli Lilly (LLY) — and they account for roughly 90% of the global insulin market.

“That’s why we see drug companies being able to engage in this price gouging,” Porter said. “A big part of the problem here is with the federal government itself. We need to change the law to allow Medicare to negotiate drug prices.”

Porter stressed that it will take more than a well-written piece of legislation to create meaningful reform, particularly due to Big Pharma’s influence over Congress.

“What we’re short on here is not legislation,” Porter said. “We’re short on political backbone and the will of elected representatives, particularly Republicans, to stand up and do something about this.”

According to OpenSecrets data analyzed by Yahoo Finance, 10 Democratic politicians and five Republicans were the top recipients of donations from the combined pharmaceutical health and pharmaceutical manufacturing industries during the 2021-22 election cycle.

Sen. Kyrsten Sinema (D-AZ), a key swing voter on a lot of legislation, was also in the top 15 as she received $185,010 from pharmaceutical donors. She came under scrutiny last year after objecting to a spending bill that would have lowered prescription drug costs.

“There are different ways to do this in the details, but the basic premise is the same: We need to have those market forces operating,” Porter said. “What I see over and over again is when we come down to those tough votes, there are a lot of people who are not willing to step up and actually be on the side of taxpayers and the side of patients.”

As for what Americans can do, Porter said: “I think it’s really important that people ask their representatives: Where do you stand on lowering drug prices? How did you vote on this issue? Do you take corporate PAC money from Big Pharma? And does that change your position?”

Adriana Belmonte is a reporter and editor covering politics and health care policy for Yahoo Finance. You can follow her on Twitter @adrianambells and reach her at [email protected]

Read the latest financial and business news from Yahoo Finance

Innovation In A Post-Pandemic World

Sat May 14 , 2022
Since its onset, COVID-19 has been the focal point of recent healthcare innovation and advancement. Though the past couple of years have been filled with innumerable advancements of health technologies, much opportunity for reevaluating, reimagining, and reinventing the future of healthcare remains. The next two years will set the scope […] 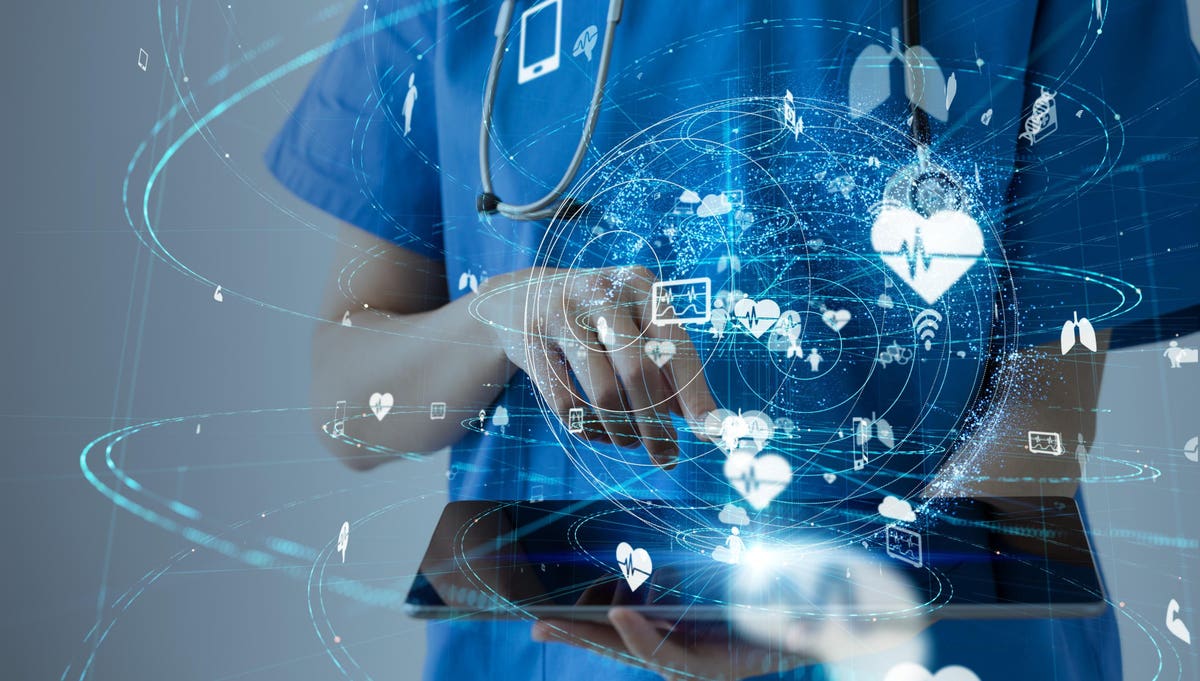