An Ironman is a test of pain tolerance, and mental and physical endurance. For Jeff Cottrell, the Ironman Memorial Hermann Texas this weekend will be a challenge, but it’s nothing compared to the hurdle he’s overcome to get to the point of competing in his second attempt at finishing.

In 2014, Jeff Cottrell was diagnosed with type 2 diabetes and hypertension while weighing 500 pounds. As a registered nurse, he had already seen the signs but continued powering through his shifts while in pain with the joy and infectious personality his coworkers love him for. Cottrell had watched his mom succumb to health challenges just seven years prior and while he had already started the process of making the requisite changes to turn his outlook on life around, receiving that news from his doctor served as an official wake up call.

In 2019, Jeff Cottrell competed in his first Ironman with over 200 fewer pounds on his frame. While he didn’t finish, due to a medical issue, he’s looking forward to crossing the finish line on April 23. He spoke with Muscle & Fitness about the road to getting to this point and making the most of life now and always.

The quality of what I was eating changed. That was the biggest thing and I also started seeking out physical activity outside of work. I had the mindset of me being on my feet all day was me being active, but I knew it wasn’t enough. I started walking and got a gym membership. I worked nights, so I would go to the gym at 2 in the morning. The person at the front desk would let me use an office chair to sit it next to the treadmill. I would walk for five minutes and sit for five minutes. I would do that for 30 minutes and I built up to an hour. Once I could get up to an hour, I just started walking for 30 minutes. I didn’t really stop how often I was eating, but the quality vastly improved.

I would go through an entire 12-hour shift and everything from my knees to the bottom of my feet would be on fire. The first time I went a shift without pain, it was kind of overwhelming because I realized I was in a great spot, but I had to keep going. I would power through the busiest days, and I don’t feel like my ability to take care of a patient ever suffered. I noticed that when I used to have to squeeze in a tight area, so I can help provide oxygen for a patient, it became easier. Outside of work, I’ve always had a small circle of friends and they never made an issue of anything, but they were supportive. I was finally able to meet an amazing woman and now we’re married. There was definitely a confidence booster in that. Just being able to live without pain is amazing.

Nothing Great Is Done Alone

I went from walking to jogging. I had just finished a jog one day and was in the parking lot and I had tweaked one of my knees when I was walking back to my car. I didn’t go to the doctor, and I started feeling better after about six weeks. During that time, I bought a hybrid bike, and I rode that for a little bit, but it was too big. I found someone on Facebook marketplace that was selling a road bike and I bought that. You always want to ride with people, so I started looking for a group ride around me. I found a few of those and I met some people in 2017, and most of the people I met on those first few rides, I’m still friends with them today. These people are doers and they’re motivated in all aspects of life. There was a lot of benefit in me immersing myself within this group of people. I did a progression of an Olympic distance triathlon. When my wife and I met, I think I had just signed up for a 5K. She did one also. We got married six months after we met, and I did my first half marathon two weeks before that. She did hers two weeks after in November of 2017. We did a half marathon every month of 2018 and then a full one in January of 2019. That’s just part of being alive. When you’re hanging out with people, and this is what they do. It becomes what you do.

I watched the Ironman when it would come on TV when I was young, but I didn’t let it move me. It was cool but I never forgot it. I also always liked the song Ironman by Black Sabbath. I worked for Memorial Hermann who is the title sponsor for the event. I worked in the medical tent for two years (2017, 2018) and I had a pretty good thing happen that first year. One of the athletes came in after she was done. I told her I had just started to get into triathlons, and she told me if I have my sights on something, it really works to have a physical thing to look at to remind you of a goal to help propel you to it. She gave me her finisher medal and that moved me. I have never forgotten her, and I have that medal hanging in my bedroom. It’s going to be nice to hang another one next to it.

The First Try for Jeff Cottrell

I was actually on pace to finish in 2019. I did the one thing that everyone says don’t do, which is don’t do anything new on race day. Because of my weight loss, when I run, I run in compression gear underneath my clothes. When I got off the bike and I could really feel how hot it was, I had the bright idea that the bike bib I was wearing was compressing me, but it wasn’t as much fabric as a full t-shirt and compression shorts, and I left that on. I got to an area after mile 11 and sat down on this concrete bench to look through my bag. When I sat down, imagine the sound you would hear if you just poured eight ounces of water on the concrete. I looked down and it was just bright, red blood pouring out of my pants.

I also knew I was beginning to get a little loopy in the mind. There’s one road where it gets a little dark in between streetlamps. I just imagined myself having an active bleed and already being depleted. If I pass out somewhere in that little area, and no one sees me, who knows what could happen? I just figured there would be plenty more of these and it wasn’t worth it. The way I look at everything is there is no end to this. I have to keep doing what I’m doing for as long as I’m alive. My main goal in all of this is to never become one of those people in their 50s, 60s, and 70s and get comfortable with doctor visits because you think that’s part of getting old. I can’t do that. I look at it like if I’m in the doctor’s office one day out the year, aside from my annual physical, that’s a decrease in the quality of life because I don’t want to be there. I want to be enjoying myself being out doing something. So, I have to be proactive right now because there is only right now anyway. You can be in pain at the doctor or at the gym.

A Message From Jeff Cottrell To Those Facing Their Own Journeys

The easiest thing just from a data analysis is walking with a little bit of extra effort, 30-40 minutes, three to four times a week does wonders. It doesn’t have to be an Ironman or something crazy, especially when you start. Just do anything and make some sort of progress and build on it. There’s no timeline and no finish. Think about your quality of life and try to improve it. It’s not just physically, but mentally and all aspects of life. There are plenty of stories on the news of people who would give anything for a 45-minute jog to be the biggest thing they had to worry about. There are people on this planet that don’t even know where their next clean cup of water is coming from. Everyone has to find their own motivation. Join a community. That always helps and it’s helped me tremendously. You only get one chance at this thing so try and make the best of it. There is this saying that I always tell myself; Do something good for yourself and somebody else. I just believe if everyone adopted that, we’d be cool.

The Ironman May Be Jeff Cottrell’s Second Most Difficult Challenge

Mon Apr 25 , 2022
A shortage of nurses and other workers will continue to erode hospital financial performance throughout 2022, according to a Healthcare Quarterly report from Moody’s. Two of many challenges loom in the year ahead: nursing staffing shortages and reducing costly readmissions and average lengths of stay – issues present even before […] 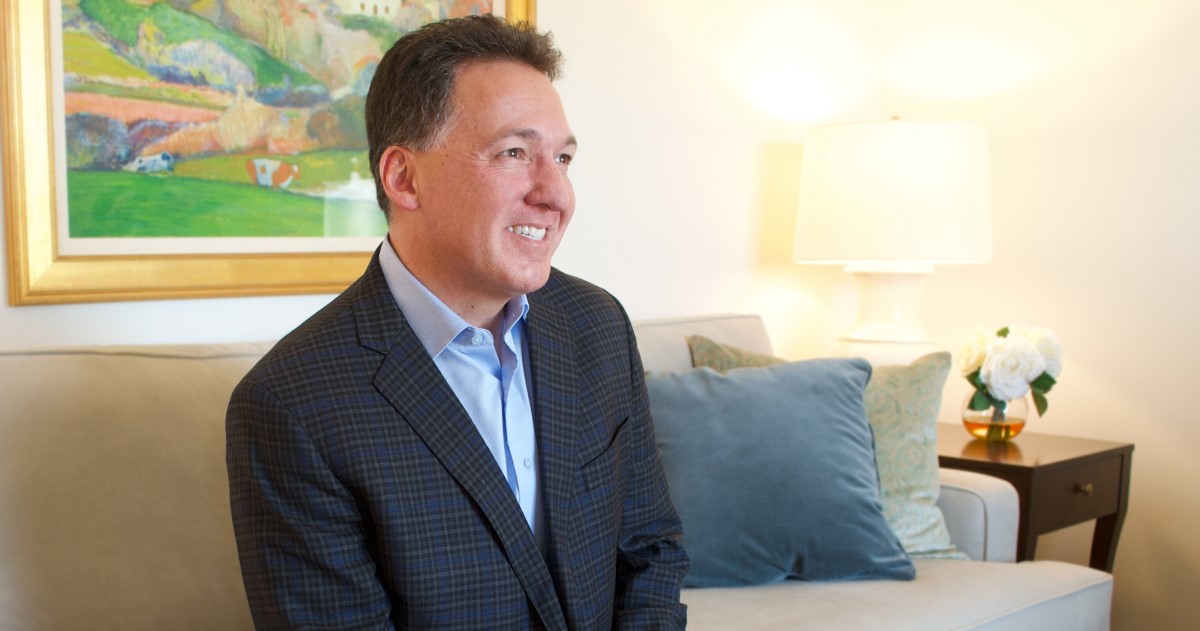