This story was updated at 9:30 a.m. April 29, 2022, to clarify and correct details of the health officer confirmation process.

Maryland’s secretary of health has recommended approval of the county’s selection for a new health officer — setting the stage for the County Council to decide whether to confirm the person recommended by County Executive Marc Elrich and his administration.

James Bridgers, who has served as the county’s acting health officer since Travis Gayles left the position last September, told reporters during a news briefing Wednesday that Maryland Secretary of Health Dennis Schrader and other state colleagues have “green-lighted” the county’s pick for its health officer.

Chase Cook, a spokesman for the Maryland Department of Health, said in an interview Thursday that the secretary of health has not received the final paperwork for confirming the candidate as the health officer. Because the position is a joint appointment with the state and county, the state’s health secretary must approve the county’s choice, per state law.

According to county code, if the county executive and County Council confirm the health officer selection, the decision then heads to the state department of health for final approval.

Stoddard added that he hasn’t spoken with the candidate yet, but that Raymond Crowel, director of the county’s Department of Health and Human Services, said he talked with the candidate who spoke positively about the opportunity to work in the Washington, D.C., region.

That’s because the Food and Drug Administration, National Cancer Institute, National Institutes of Health, and other health care infrastructure are located in the county, providing good opportunities to do important work, Stoddard said.

County officials have declined to name the finalist, citing the need to protect privacy for a personnel decision. They have previously said that two other candidates who were interviewed later decided to decline pursuing the opening, due to political pressures facing health officers nationwide.

In January, Gayles testified on a bill in Annapolis that was aimed at protecting health officers in the state. He told Bethesda Magazine in an interview in late 2020 that he received racist and homophobic emails from people because of his decisions during the pandemic.

He was criticized for his decisions regarding restrictions and other measures health officials took during the pandemic. But several elected officials lauded his work, saying he and colleagues were putting residents’ safety first — including Elrich, who said at the time of Gayles’ resignation announcement that he would clone Gayles if he could.

While the coronavirus pandemic has grabbed the most attention since it began in March 2020, the county health officer deals with a broad spectrum of public health issues, officials said. Bridgers said those issues range from pedestrian safety to the challenges in getting certain communities immunized for coronavirus and other illnesses, and providing drug treatment and similar therapies.

Both Bridgers and Elrich said the coronavirus pandemic exposed inequities within the health care system itself. The new health officer will be expected to help find solutions to fill the gaps with various partners, health clinics and hospitals, they said.

“One thing that the hospitals were hit with were people who had pre-existing conditions that really complicated the treatment for COVID,” Elrich said. “And we know that racial disparities play a large role in that.”

“I felt pretty strongly, and I think other people agree, that we need to come together and talk about … where health care goes in this county,” Elrich said. “Given whatever the federal limits are today, what can we do to more comprehensively address the health and well-being of our residents?”

Stoddard added that the health officer also oversees other areas, like licensing and regulations for nursing homes and assisted living facilities, along with mental health services — which Elrich also said he believes are vital.

“The public health officer just has such a tremendous opportunity to make long-term gains in the morbidity, mortality and life expectancy of Montgomery County residents…it’s such an important position,” Stoddard said.

Steve Bohnel can be reached at [email protected]

Analysts Are Downgrading These 10 Pharmaceutical Stocks 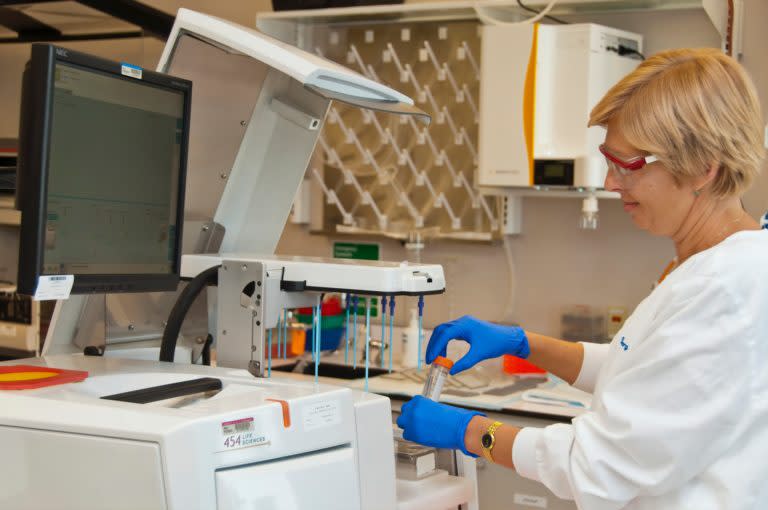