NEW YEARS RESOLUTIONS are an easy target to hate, especially in the gym. Dedicated workout warriors commit to fitness all year long, so why be generous to the crowd that floods the free-weight floor every January, then washes out by Valentines Day? There’s more to setting resolutions than the annual cycle of fair weather gym attendees—and everyone could do with a little more committed goal setting.

Nearly 40 percent of Americans set resolutions last year, and it’s no secret that only a fraction likely achieved that goal. Part of that dismal success rate might be due to the prevailing attitudes of the incumbent fitness community toward certain types of newbies.

“I think what ends up happening is we almost discourage people from starting to exercise now because we tell everybody, oh, it’s not gonna work, New Year’s resolutions fail,” says Mike Boyle, strength coach and Men’s Health fitness advisor. “And I think that’s sort of defeatist rhetoric.”

There is no right (or wrong) time to start caring about your health and fitness, as long as you do actually start. While many people struggle to keep resolutions, people do succeed in sticking to their routines and accomplishing their goals. In fact, new data from the National Library of Medicine is telling us more people make it than you might think. So, yes, dive deep into that ‘new year, new me’ mentality. What’s the harm in wanting to be better?

The first step is done: you have the mindset and you’re ready to jump into your fitness goals. Next step: answering the question of how you’ll overcome the odds and stick to your New Year’s resolutions. Whether you’re starting from a blank slate or adding new goals to your established routine, this will be the biggest challenge.

“Think about having a ladder with your goals, and you’re only allowed to take one step at a time. You can only work on one thing at a time because, you know, we’re human and there’s only so much we can do,” says David Conroy, PhD, professor and researcher on the psychology of motivation at Penn State University. “I know exercise is good for me, but I’ve got all these other things that are also good for me to do.”

The problem with fitness goals is they are often the first thing dropped when life gets busy. So, to make the ladder easier to climb, we have to keep the rungs closer together.

“It all comes down to simplifying your goals,” says David Jack, fitness coach and Men’s Health fitness advisor. “Dig down into what’s important to you and why it’s important to you, because that will ultimately help set a resolution or set some new habit or some new thing that you might have more success in carrying on.”

If you’re struggling to simplify, here are four ways to cut down to the basics.

Pick One Thing (And Only One Thing)

Around 20 percent of Americans set a goal to lose weight in 2022. But accomplishing that goal takes effort in several areas; you’ll need to sleep enough, prioritize exercise, and stay in a calorie deficit. If you set New Year’s resolution for each of these components, you’ll have to juggle three daily goals on top of all the other things life is bound to throw at us.

“Unless you’ve got that massive motivation and you’re ready for a complete life switch, it’s just not gonna happen,” says Jack. “And then we’re gonna get frustrated and then ultimately our New Year’s resolutions fall away just because the goal that we set out was probably too big.”

Settle for one thing instead. Instead of telling yourself “I will lose weight by keeping my calories below 2,000 by eating fewer carbs,” just start with “I will eat fewer carbs.” Create a SMART (Specific, Measurable, Achievable, Realistic, Timely) goal just around eating less carbs. For example: I will eat only eat one starchy carb per day. See how that feels so much more achievable?

“So rather than doing all these things at once to where we can’t maintain that level of consistency, why doesn’t everyone just take one thing a month that they just try to improve upon by the end of the year?” says Saladino.

Start in January by only eating one meal a day with a starchy carb. In February, make your goal to hit the gym four times a week. In March, aim for seven to nine hours of sleep per night. If you focus on one thing at a time, you give yourself four weeks to make that goal a habit—then all your habits will build on each other.

“If we were able to improve 12 things in our overall health and wellness, that would be astronomical,” says Saladino. Twelve lifestyle changes sounds significantly better than one.

Maybe we had it right when we were kids, when getting a sweat meant a game of kickball. A 45 minute cardio workout of playing basketball sounds way more enticing than a 45 minute HIIT workout on the treadmill. So, why not play for your fitness? 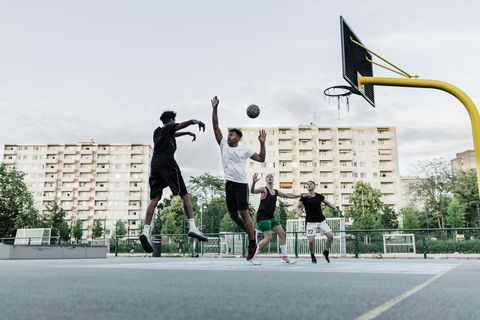 Maybe you enjoy rollerblading, iceskating, or soccer. Whatever your favorite version of ‘play’ is, it adds activity into your life where it wouldn’t have been before.

“Just remind yourself of the things that you love that have just gotten hidden or have just gotten taken over by the cares of the world and the pace of life,” says Jack. “Just breeding life into some of those things again, ultimately bubble them up and then they might start to become a part of your activity calendar again.”

If playing isn’t your style, maybe experiences are. Maybe you want to rock climb in Yosemite, or hike all the way to the bottom of the Grand Canyon. Adding a deeper element to your training helps it become second nature.

“I want to experience Hawaii. I want to learn about mountaineering. It’s not about fitness, it’s about an experience. But that experience requires fitness,” says Jack. “Fitness happens as the outcome, not necessarily the goal.”

Fitness has always had a branding problem, Conroy says, especially if no pain, no gain is the motto. That type of thinking will push people away. But in reality movement is movement, and any way that you can get up and get going is valuable.

You’re more likely to do things when they’re enjoyable. So why not make your New Year’s resolution something fun and exciting?

But what if you could stack some of these priorities onto each other? We’re not saying run laps around the doctor’s office when your kid is sick. What you can do, however, is combine your workout goal with your responsibilities. This could look like hanging out with your kids and taking them on a bike ride and calling it a cardio session. 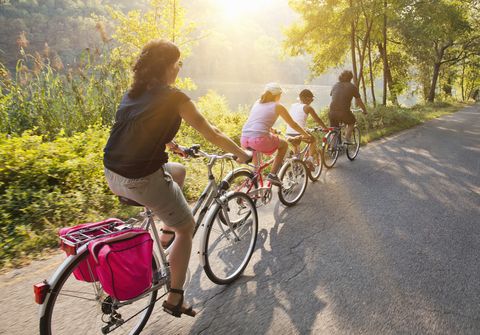 Appeal to other priorities you have by stacking them with your fitness, Conroy says. If you’re a social person and you value your relationships, make your daily walk your time to call a friend or family member.

Combining these values can make you feel better about reaching your fitness goals, as there’s no longer that selfish feeling for making yourself a priority. Simplify and optimize your goals by nails two birds with one stone.

Unfortunately, workouts don’t typically come with instant gratification. While cleaning your house might suck, you’re left with a clean house at the end.

In some cases though, you will be gratified—but not exactly in the ways you’d expect. Running a 5K might suck, you’re left with a bucket of sweat and a free beer ticket at the finish line. Did you think about how your cardio health is improving after running that 5K? Probably not, but that’s okay. Almost everyone else in that race is there for the beer ticket, too.

But, what did that 5K do for you in the moment? You probably got a feel-good rush due to the endorphins in your brain. You’ll probably feel more alert and focused for the rest of the day. You will likely sleep better later that night.

While fitness goals are almost always about the long term, we need to remember the short term benefits can help create better habits. Finding the immediate satisfaction in ‘the suck’ makes getting through the struggles of exercise so much easier. 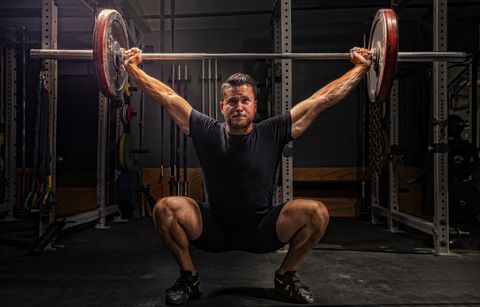 Everyone’s fitness journey begins somewhere. If yours is on January 1, that’s better than never. Set yourself up for success by being realistic with the time you have, and being patient in waiting for results.

The hardest part is getting started, so make it easier on yourself by setting up a simple goal, and get after it.

Not sure where to start? Lucky for you, we have a whole library of workouts to get you going.

Cori Ritchey, NASM-CPT is an Associate Health & Fitness Editor at Men’s Health and a certified personal trainer and group fitness instructor. You can find more of her work in HealthCentral, Livestrong, Self, and others.

What Will the Pharma Industry Face in the Year Ahead?

Sat Jan 7 , 2023
Life science organizations faced down an array of daunting challenges during the last three years: a global health crisis, supply chain upheaval, and uncertain economic climate, just to name a few. But if we can say the dust is beginning to settle, we can also look to the future with […] 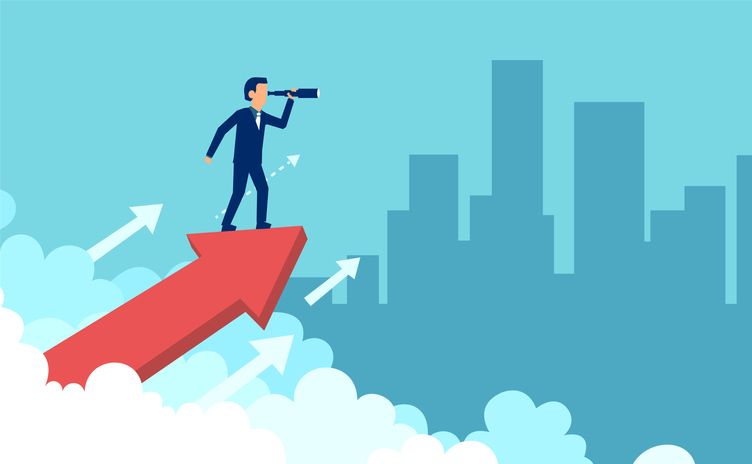