As the US government distributes some of the most significant investments ever to improve public health, grass-roots organizations that work in underserved communities say they’re being overlooked.

These organizations say they’re especially disappointed because the federal government relied on them during the Covid-19 pandemic to encourage vaccination and other mitigation measures.

This week, the US Centers for Disease Control and Prevention is expected to announce recipients of nearly $4 billion in grants to improve public health infrastructure. The Public Health Foundation, a Washington-based nonprofit, has described the program as “landmark.”

The CDC says the funding, which is part of President Joe Biden’s American Rescue Plan, will help address a “historic underinvestment in communities that are economically or socially marginalized, rural communities, and communities with people from racial and ethnic minority groups.”

The CDC says the money is designed to support government health departments. Community leaders in these marginalized areas say that although that’s important, they also need funding, since they’ve been doing health promotion work in these communities for years and know them well.

In September, in a separate grant program, the federal Health Resources and Services Administration announced 83 grants totaling over $225 million for its Community Health Worker Training Program for underserved communities. The HRSA grants were awarded mostly to government health departments, universities and other large organizations. A relatively small number went to the grass-roots health promotion groups whose members live in and work in these communities.

“A lot of times, the funding streams have names that say ‘community,’ ‘community-based organizations’ or ‘community health workers,’ but the funding often goes to states and doesn’t end up helping at a grass-roots level,” said Denise Smith, executive director of the National Association of Community Health Workers.

Venus Ginés, president of Día de la Mujer Latina, a health advocacy group in Texas, said that too often, community groups are asked to do health promotion work without receiving government funding. Many say they do the unpaid work because they care about their communities and don’t want to damage relationships with potential funders.

“We will always be in the kitchen. We’ll never be invited to the dining room table. That’s how we feel,” Ginés said.

A spokesperson for HRSA said the federal agency has supported community-based organizations over the years.

“HRSA strongly values the critical role that community health workers play – and can increasingly play – in supporting the health and well-being of communities. In fact, HRSA has invested hundreds of millions of dollars over the last year to support community based organizations in addressing vaccine hesitancy through hiring and deploying community health workers and others who have served as trusted messengers reflecting their communities’ needs,” HRSA spokesperson Richard Olague wrote in an email to CNN.

A CDC spokesperson said that agency’s nearly $4 billion program is “specifically designed to provide critical, flexible support to state, local, and territorial public health jurisdictions, which have seen their workforce and foundational infrastructure severely stressed during the course of the pandemic.”

The CDC “appreciates” that “there is a need to support community based organizations” and that funding from the agency has in the past been sub-awarded by state and local health departments to these organizations, said Kristen Nordlund, the agency spokesperson.

On October 15, Ginés received a letter from President Biden.

Biden thanked Ginés for the work Dia de la Mujer Latina did during the height of the pandemic. The group’s promotores de salud, or community health workers, encouraged vaccination and set up a hotline to distribute accurate information about the virus.

“The work of Dia de la Mujer Latina to get shots in arms was indispensable. When the story of this health crisis is finally written, your organization will stand among its heroes,” the President wrote. “I am grateful to have partners like Dia de la Mujer Latina by my side as my Administration strives to tackle the health challenges of our time.”

But Ginés was rejected this fall when she applied for a government grant to train community health workers.

When Ginés read about HRSA’s $225 million program, she thought her group was a perfect fit: For 25 years, Día de la Mujer Latina has trained and deployed community health workers, and their work has been celebrated by the Obama White House and the National Institutes of Health, among others.

When Ginés challenged the rejection from HRSA, an official there told her that the agency’s external review panel “recommended your program for funding which is truly something you and your team can be proud of. Unfortunately, we had a limited amount of funds and could not fund each application that was recommended.”

Ginés said she expects that some of the groups that did receive funding – such as universities and large corporations – will be asking her for help but won’t share any of the grant money with her organization.

“These organizations that do get the money, they come to us to do the work, [and] we will still do the work, right? Because we care about our community,” she said.

Tonya Roberson, president of the National Community-Based Organization Network, said government agencies have also asked her for help without paying her.

“I learned that the hard way,” she said. “I’ll go and give [away] my information or strategies that I’ve worked very hard for.”

Roberson, who is also chair of the health and wellness committee of the Far South Chicago Coalition, said that group, together with Governors State University in Illinois, applied to HRSA for the recent grant funding but was rejected.

“It’s an equity issue, because most promotores are women,” Lemus said. “And traditionally, they have been looked at as volunteers.”

Of the 83 groups that received HRSA funding, Olague, the agency spokesperson, identified eight as being among those that it considers community-based organizations. He added that “many other awardees are focused on community-based training and services – including community health centers, community colleges, and community partnerships.”

“Grantees will be able to hire community health workers, as needed and appropriate,” said Nordlund, the CDC spokesperson. “In fact, CDC-funded jurisdictions routinely subaward and subcontract with many community-based organizations.”

But there is no actual requirement that any of the grant money trickle down to grass-roots organizations.

“Why don’t you just include in the narrative ‘you must’ instead of ‘you can’ or ‘you shall’ or ‘you may?’” said Lemus, who runs the national organization for health promotores. “It is CDC and HRSA understanding the power that they have, and if they want to change, it has to go from a ‘may’ to a ‘must.’ ”

Jeffrey Levi, professor of health management and policy at George Washington University’s Milken Institute School of Public Health, also said that the CDC could have done more to support the grass-roots groups that the government relies on in a crisis.

“Some of us would have liked to see [a] more proactive requirement on the part of CDC that would really elevate community voice and community-based organizations as partners in the public health infrastructure and decision-making,” he said.

When Smith, the leader of the community health workers’ association, heard the $4 billion in CDC grant money, she reached out to Dr. Karen Hacker, director of the agency’s National Center for Chronic Disease Prevention and Health Promotion.

Smith said that during a phone call in April, she told Hacker and other CDC staffers that the expanded work force supported by the grant funds should include community health workers, who are tightly connected to the areas they serve.

Without that, Smith told CNN, it is “inconceivable that you can build a program that is going to be culturally aligned.”

Nordlund, the CDC spokesperson, did not directly respond to CNN’s questions about that meeting but said the agency gathered stakeholder input about the funding opportunity.

“This grant was designed collaboratively and with input from a wide range of stakeholders to best meet the needs of various communities across the nation,” Nordlund wrote in an email. “We conducted 6 external listening sessions with state, local, and territorial health departments, non-governmental organizations, and national public health partners.”

Smith also reached out to HRSA about its grant program, telling the agency in a letter that it was difficult for community groups to apply for the funds.

First, the grant asked community organizations to have a particular certification that can be burdensome to obtain. Second, she said, larger organizations such as universities and state and local health departments are “well-resourced organizations [that] have vast administrative capacity, placing community-based organizations at a disadvantage of in grant competition.”

In her letter to HRSA in May, Smith wrote that if the agency didn’t change its criteria, “the result will be a reduction in the impact of your proposed funding opportunity on health disparities.”

The application period ended June 14 with no changes to the requirements, Smith told CNN.

“What we were concerned about did in fact pan out. Most of the recipients were large academic institutions.” she said. Grass-roots health organizations that have been “recognized leaders in this work for decades were not awarded. This is a troubling trend.”

When asked about Smith’s criticism, Karmen Blackwell, an HRSA spokesperson, said that the agency “crafted the requirements for this program to include as broad and diverse an applicant pool as possible. As a result, this program is providing funds directly to a number of community-based organizations for training and placements in their communities.” Blackwell added that HRSA hosted training sessions for grant applicants as part of its effort to get a diverse applicant pool.

Smith and other community advocates say the problem is larger than these two grant programs.

“There’s a lot of us who’ve been at the discussion table with CDC and HRSA, saying ‘let’s adjust these requirements to be more realistic, to include community’ – otherwise, [the funds are] going to keep going to the same larger groups that that have been around for a long time,” said Lemus, who runs the national organization for health promotores.

“What we’re advocating for is really that these systems be reviewed and adapted more realistically to who our communities are,” she added.

Tue Dec 6 , 2022
(OKrasyuk/iStock via Getty Images) Anybody in the mood for a snack? The answer is almost certainly yes. An estimated 95% of U.S. adults reported consuming a snack on any given day, according to pre-pandemic survey data from the Department of Agriculture. And snacks contributed more than a fifth of the […] 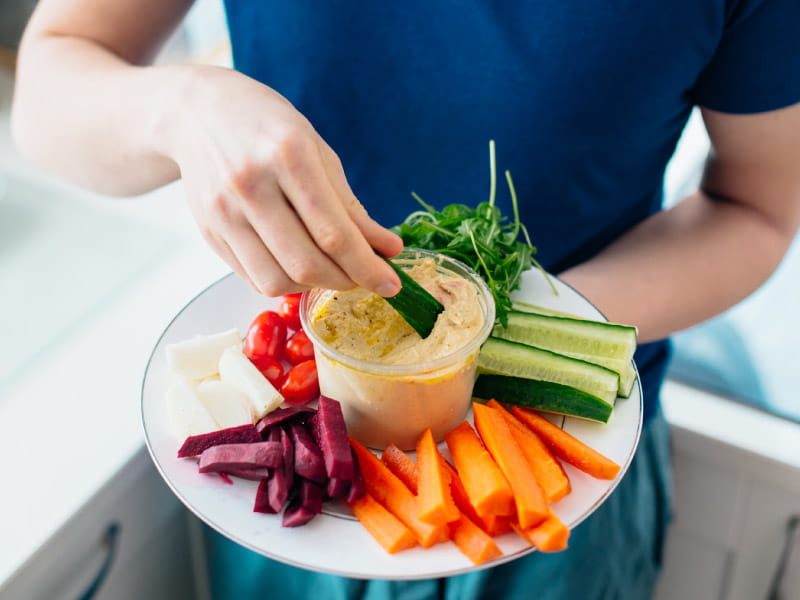