Rishi Sunak has vowed to make the UK a “science and technology superpower”, following in the footsteps of prime ministers including David Cameron, who called life sciences the “jewel in the crown” of our economy. But Britain’s pivot away from Europe has cast a shadow, and raises questions for national champions such as AstraZeneca, the country’s largest drugmaker, which reports third-quarter results this week.

One of the more damaging upsets from Brexit was the ejection of UK research scientists from the EU’s Horizon funding programme. In August, Sunak promised a “better UK alternative”, and to “cut the amount of time it takes for new medicines to become available to the NHS”.

One idea mooted at the Tory conference was to dust off former business secretary Greg Clarke’s 2017 strategy to boost productivity and embrace technological change. A life sciences vision, drawn up with input from the industry and published last year, hopes to build on it.

However, speculation is mounting that in his autumn statement on 17 November, chancellor Jeremy Hunt could cut the government’s research and development (R&D) budget to help plug a big hole in the public finances. As chancellor a year ago, Sunak postponed £2bn in annual government spending on R&D when he slashed the 2024-25 commitment from £22bn to £20bn.

The Anglo-Swedish drugmaker has reinvented itself, carving out a niche in specialist treatments, especially for cancer

Business leaders are also concerned about the end of the government’s “super deduction” tax break next March, when corporation tax is due to rise to 25% from 19%.

The Association of the British Pharmaceutical Industry (ABPI) sees “real potential in delivering the life sciences vision”, but executive director Elliot Dunster says there are “some alarm bells in the data”. While pharma companies are the biggest private sector investor in Britain’s R&D, the UK’s global share of pharma R&D investment had by 2019 fallen to just over 4%, from 7.7% in 2012.

Commercial clinical trials in the NHS declined in the pandemic and have not recovered, causing the UK to drop from fourth to 10th place worldwide in the number of late-stage clinical trials undertaken between 2017 and 2021. The ABPI says this is a key priority, linked not to funding but to improving the processes for prioritising and delivering research. It is also calling for more internationally competitive R&D tax credits.

Despite this and the worsening economic backdrop, AstraZeneca’s financial update, due on Thursday, is expected to be positive. Analysts forecast a 9% rise in total revenue to $10.8bn and a 43% jump in core earnings per share to $1.54.

Under Pascal Soriot, who inherited a struggling company in 2012 and fended off a hostile takeover bid from Pfizer in 2014, the Anglo-Swedish drugmaker has reinvented itself, carving out a niche in specialist treatments, especially for cancer.

It ramped up R&D spending by 40% to $2.4bn in the second quarter, equivalent to 23% of sales, one of the highest levels in the industry. Last year, it spent close to $10bn on research in its three areas – biopharmaceuticals, cancer and rare diseases.

AstraZeneca became a household name when it developed, together with Oxford University, one of the first Covid vaccines and distributed more than 3bn doses worldwide, though this was overshadowed by bad publicity over a rare link with blood clotting.

Rivals Moderna, Pfizer and BioNTech tweaked their mRNA vaccines and developed versions that target the Omicron variant, which are now used in booster campaigns in the UK, Europe and the US. AstraZeneca was left behind and only has its original vaccine, which is still used in the rest of the world.

Soriot recently said in a recent interview that the firm might not stay in the vaccines business in the long run – unlike UK rival GSK, one of the world’s biggest vaccine makers. AstraZeneca hopes its Covid-19 antibody drug, Evusheld, can make up for dwindling sales of the jab.

Its main portfolio is strong, and its share price has quintupled under Soriot to about £107, giving the business a £167bn market value. This towers over the £59bn reached by GSK after its split from its £31bn consumer health venture. Following strong quarterly results from GSK and its improved outlook last week, Britain’s big pharma appears to be in rude health. But the rest of the sector may need some life support from the Sunak government. 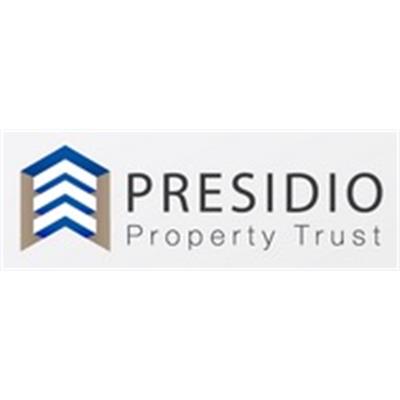